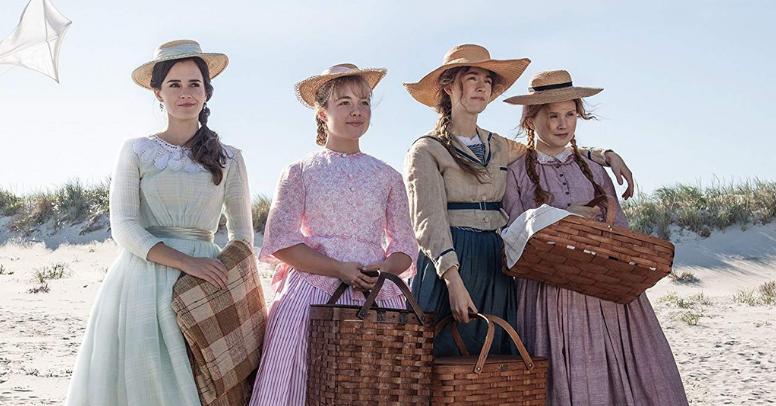 Little Women hit the big screens this year in its seventh film adaptation directed by Greta Gerwig. It is a powerful film proving that women can be heroes of their own story, and can be bold, persistent, and self-assured to stand strong in who they are, and what they desire for themselves in their present and future.

First published in 1868, Louisa May Alcott’s renowned novel Little Women is a narrative exploring sisterhood and female endeavour. 2019’s show-stopping cast of award-winning actresses including Meryl Streep, Emma Watson, Florence Pugh, and Saoirse Ronan, beautifully depicts the unique passions, talents, and diversity in each of the characters. “I think Louisa May Alcott, whether she knew it or not, made the ordinary lives of girls and women extraordinary by turning her pen to them”, Greta says. The applauded response towards the film from critics and viewers commends the film as a powerful piece admired for its celebration of female ambition, womanhood, and strong-will.

What are the messages that make Little Women still relevant today?


Saoirse Ronan plays the lead character of Jo March; an aspiring author who is central throughout the film and endeavours to publish and have authorship of her writing in newspapers and as a novel. Jo is fierce and vocal about her drive to rise above the expectations placed upon her as a woman in the 1860’s. She daringly exclaims, “ I intend to make my own way in this world''. Although the film is set within historical context, there is much we can learn about Jo and how her outer and internal conflicts are faced with criticism, self-doubt, and motivation. We are also inspired by her striking ambition to achieve personal success, independence and forge a meaningful career which remains relevant today. 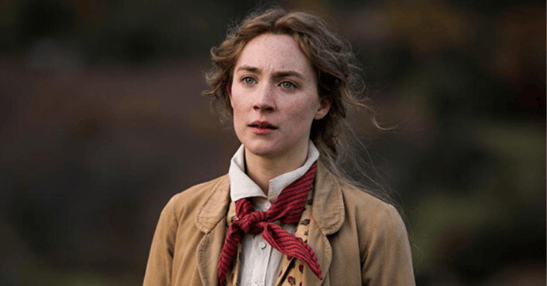 Jo is bold, persistent and determined to succeed alongside her male counterparts, passionately and courageously advocating, “Women, they have minds, and they have souls, as well as just hearts. And they’ve got ambition, and they’ve got talent, as well as just beauty.” She is a leader amongst her sisters as she inspires them to believe in their talents, and empowers them to thrive for themselves. She is a trailblazer, and challenges undermining remarks made towards her and her literary drafts made by critics, her publisher and her aunt March (played by Meryl Streep). She stands by her own opinions and dreams, is brave enough to express it, dares to pursue her writing, and then does so with passion and enthusiasm. Jo teaches us to be ambitious for ourselves, and persistent in achieving our goals no matter what stands in our way!

The film celebrates all women.
Although Jo is the central protagonist, the film follows the interests and talents of all four sisters from their adolescence into early adulthood. Beth March is a talented pianist, Meg March is encouraged by Jo to be a famous actress, and Amy March illustrates and paints. While they are all encouraged by Jo to pursue their passions and make a self-sufficient living for themselves, Meg March also wishes to get married. One of the most stunning moments celebrating diversity in women throughout the film is the powerful line delivered by Emma Watson who plays Meg March, declaring, “Just because my dreams are different than yours, it doesn't mean they’re unimportant”.

This line acknowledges the uniqueness of each character, and that the desires of every woman must be respected and celebrated, whether it be motherhood, personal success and/or pursuing a meaningful career. We learn here to celebrate diversity in women, and the importance of uplifting women no matter what their dreams are, even if they are different from our own!

Each of these relationships are unique and shape the central characters through conflict and resolution into the diverse, bold, and ambitious women they are and become. As women, we all need to lift each other up and leverage the power of the sisterhood. 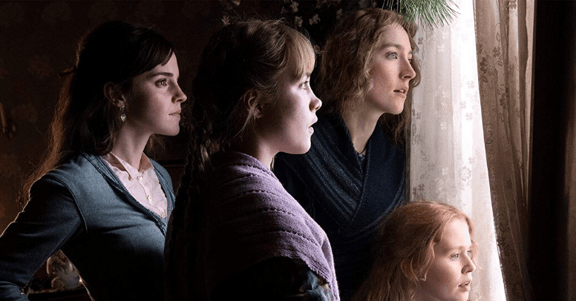 Compassion and gratitude
There is a scene within the film where the sisters are encouraged by their mother to share their breakfast banquet with a young family in poverty being raised by a single mother in a run-down home. The girls take all the food they were going to eat for breakfast to this less fortunate family. This scene teaches us the importance of compassion, selflessness, generosity, and service to those who are less fortunate than ourselves. It challenges the girls to think beyond themselves and their own needs and gain a more informed worldview of other people enduring hardship.

The sisters are reminded to be grateful for what they do have, instead of being pessimistic about their circumstances. “I try to be contented, but it is hard, I’m tired of being poor”, Meg March shares. Jo suggests to her sisters, “We are a bunch of ungrateful minxes”. This scene reminds us to reflect on our privileges, be thankful for them, to have an awareness of adversity beyond our own and to be sensitive, informed and ready to help others less fortunate than ourselves.

It explores generational relationships between women
As the girls progress into womanhood, we see them form stronger relationships with their mother, Marmee March, and their Aunt March. Marmee March speaks to Jo, “you remind me of myself”, as they bond together over their anger and frustrations with the world and discover their shared identity as fierce women— mother and daughter alike. Conversely, Aunt March is a domineering woman who places her traditional ideals and expectations onto the girls, such as telling them “you’ll need to marry”, yet contradictingly doesn't live by them herself, as a rich, imperious, single woman. The relationships the sisters have with their Aunt March challenges them to either conform or overcome traditional ideals.

Jo announces, undeterred, “I'd like to do something that would make Aunt March turn in her grave”. These relationships confront what it means to be a woman in old and new age, that both celebrate and challenge tradition. We learn here the importance of learning, reflecting, bonding and growing alongside women of all ages. At Toorak, we take great pride in the relationships Collegians and students share, to learn and grow from each other through programs and events such as the Wilderness Shield, a friendly sporting competition between current students and Collegians.

Amy March encourages us to not be underestimated
Amy March’s observant and forthright one-liners throughout the film see her rise as a powerful character questioning the world around her and her role within it. In previous film adaptations, Amy March has been depicted as the immature, self-indulgent youngest sister, but Greta’s adaptation gives Amy more agency and credit to question social norms, as well as express herself emotionally and intellectually. Greta describes in an interview, “ She has always been seen as such a bratty character, with no depth or backbone, and yet when I revisited the book, I found her to be amazingly insightful and compelling.” Amy being long underestimated by readers and audiences is reflected by Jo’s surprise, remarking, “When did you get so smart?” and Amy cleverly replying, “I always have been. You were too busy noticing my faults”. 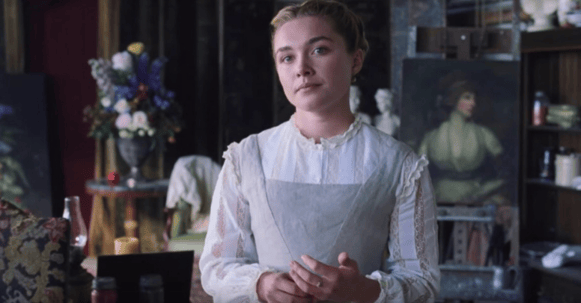 Amy is an ambitious character who delivers a powerful monologue on money and marriage, as well as rejecting a proposal, venturing to Europe as an artist, and expressing her thoughts and feelings to romantic interest, Laurie. “The world is hard on ambitious girls,'' she fearlessly exclaims, as well as, “I want to be great or nothing”. It is through these lines we learn of Amy’s boldness to express her thoughts openly, and candidly and that we too should be self-assured enough to do the same in our lives.

The film is subversive


As well as the show-stopping cast, screenplay and magnificent era costuming, Little Women is particularly commended for its depiction of female struggle in post-Civil War New England while concurrently portraying these themes to challenge ideals and constructs existent today. Themes of misogyny, gender pay gap, ambition, female rights, morality, poverty, family and tradition are all explored and applicable in a modern light.

An article from IndieWire states that Greta's film adaptation of the 1868 classic novel “infuses the ensemble period piece with a contemporary sensibility that ushers this much-tread literary landmark into the hearts and minds of a new generation.” Likewise, The Spokesman states, “Gerwig casts the tale in a new and modern light, illuminating the struggles the little women face in learning about the world and how they have to fit themselves into it, as lovers, writers, mothers and sisters, and how revolutionary it is for a girl to write herself into her own story.”

Emma Watson, a humanitarian as well as an accomplished actor, who spoke at the United Nations Headquarters in 2014 as a UN Women Goodwill Ambassador at the HeForShe Campaign in promoting gender equality, also commends the film for its progressiveness pertinent today. She says in an on-set interview, “Women often don't have roles that are complex and nuanced, and fully fleshed out. Often they are there to serve the male protagonists' story. They’re there to serve a story that is not their own. And I think with Little Women, what is so beautiful is that the girls aren't there to serve anyone else's story other than their own and each others. That's special and unique”.

The film itself, written, directed, produced and acted by a female-dominated cast is progressive in itself and teaches us to be risk-taking, bold, and striving women today. 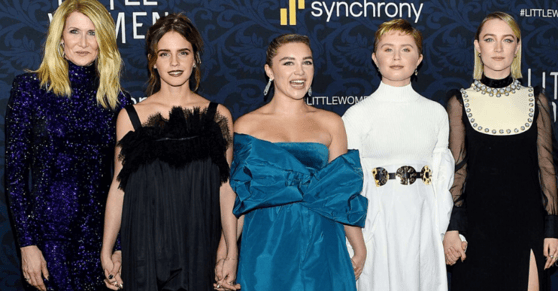 Girls sport thrives in an all-girls’ school. Here’s why.

Girlspiration: The importance of having female role models and who inspires us on International Women’s Day