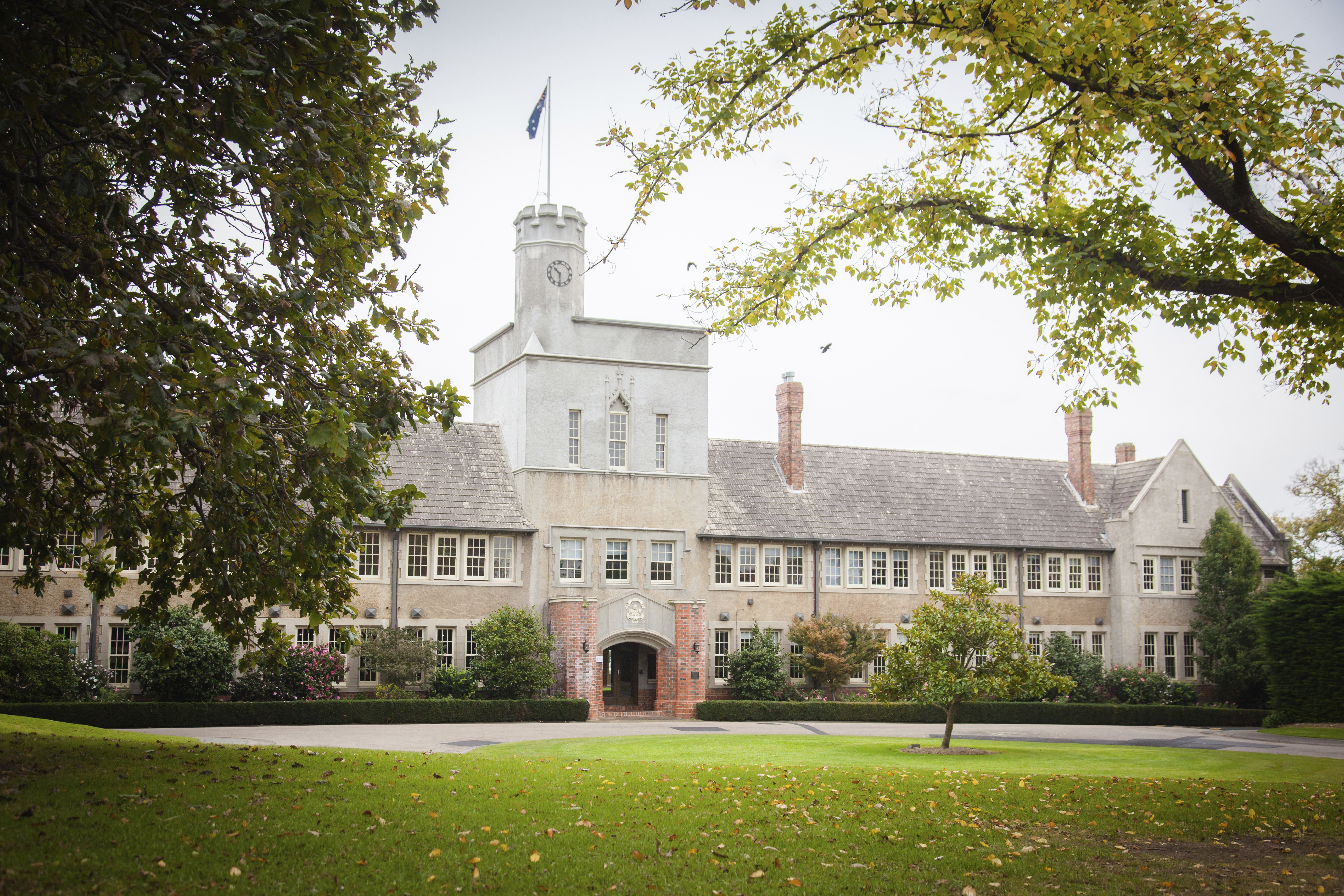 The Importance of Purpose, Perspective and Action

As a global society, our greatest challenges — be it a pandemic, equality, climate or health — cannot be solved by one person or one community alone. Instead, it requires collaboration from citizens who show awareness and empathy, who are committed to a purpose beyond themselves and who are willing to participate and lead.

Increasingly, prospective employers are looking for today’s graduates to have the necessary skills for working in global environments, however, the importance of purpose, perspective and action cannot be overstated. It is why we nurture our students to find where their talents and passions intersect, why we provoke reflection and discussion in the classroom, why we prioritise the development of skills over the memorisation of facts and why we empower our students to have a voice and use it.

Toorak College has a rich history of equipping young people with the knowledge, skills and confidence to make a difference in the world and with so many graduates leading positive change, we recently caught up with four Collegians to hear their take on what the world needs in its future leaders.

Upon graduating from Toorak, Eliza completed her Bachelor of Arts/Science at the University of Melbourne majoring in Botany, Zoology, Philosophy and Archeology; a combination of what she was passionate about and what she was good at.

She completed her Honours year working at Wilsons Promontory before moving to Kangaroo Island to be a Zoologist and help protect Kangaroo Island’s native flora and fauna. Joining the Department of Primary Industries, Eliza worked on a number of conservation projects before travelling to Canberra to help influence and develop better policies.

“At every stage of my career, I have been working on solving problems and then figuring out how to get to the next level and solve the bigger issues or what is causing the problem.”

Currently, the General Manager at Climate Change Authority, Eliza provides advice to the government on climate change policy. “My initial interest in climate change was the conservation of animals, however, I started looking more widely at the impact of climate change and became more interested in the opportunity that reducing emissions offers to businesses and society in general.”

As someone who wants to see more global action to address climate change, she is thrilled to see so many young Australians generating awareness, helping change habits in their own household and taking action with their wallet or their vote and encourages the next generation to continue to ask questions, talk about problems, put ideas forward and get other people’s perspectives.

As to what makes a good global citizen, Eliza says “having an awareness of what is going on in the world and optimism for where we can go and what potential there is to make the world a better place.”

Appointed as a judge of the County Court of Victoria in 2019, Judge Hassan’s time since graduating from Toorak has been influenced by many female role models and mentors.

Having commenced her studies at the University of Melbourne upon graduating from Toorak, Judge Hassan took a ‘gap year’ to travel to London and pursue her interest in theatre and the arts. Eight years later, she returned to Melbourne and completed her Bachelor of Arts and Bachelor of Law before securing her first job as an associate under former Chief Justice Marilyn Warren. Judge Hassan joined the Bar in 2003, reading under Jane Dixon (now Justice Jane Dixon), before joining the Crown Prosecutor’s office in 2009 to work on prosecution briefs. She was then named as a Queen's Counsel in 2019.

Judge Hassan believes that studying law helps set young women up for success in many aspects of life and that, as a career, is equally empowering, challenging and rewarding, providing you with the ability to make a great contribution to society.

On reflecting on her time at Toorak, Judge Hassan says there was a strong emphasis on being an educated young woman who had the ability to 'add value' to the world. She believes the world faces huge challenges today and that tomorrow’s leaders must 'add value' by being brave, broad-minded and prepared to stand up for the things that are important.

As someone who has spent much of her career with a diverse range of people from all walks of life, Judge Hassan would like to be remembered as “someone who has done what I can to help and above all else, has treated others fairly.”

A B&T ‘30 Under 30’ finalist and named in Vogue Australia’s FUTURE 60 list, there is no doubt that Brigitte has an entrepreneurial mindset and a knack for building businesses with a purpose.

Having studied a Bachelor of Commerce and Bachelor of Public Health & Health Promotion after graduating from Toorak College, Brigitte shortly discovered that she wanted to work for herself and founded health food company Green Zebra before selling it a few years later. Realising she loved the ‘start up’ phase of businesses, she went on to co-found Silverfox Management Group, Australia’s first mature age modelling agency, helping break down societal stereotypes and create positive change in the world of advertising.

Brigitte’s career to date has been a combination of being prepared to take risks that she was willing to lose and being confident to back herself 100%. These attributes are something she credits Toorak College for helping her develop. “If I hadn’t have gone to Toorak, I probably wouldn’t have had the confidence in myself to do the things that I have.”

Brigitte’s success has not been without its challenges, however, and she has had to overcome the feeling of being an imposter, noting that female founders are often not taken as seriously as their male counterparts.

“As a female founder and a mother, I definitely think you can have it all. But you may have it in different ways or at different times. My mindset has been to have no regrets and to at least have tried. How do you know if you don’t give it a go?”

At an early age, Mary-Jane’s mother gave her a picture book called “Famous Women”.
Mary-Jane’s favourite was Marie Curie and at school, she became fascinated by science and set her heart on becoming a chemist. After leaving school, she received her B.Sc. (Hons) and PhD degrees in Biochemistry from the University of Melbourne and spent twenty years conducting research into protein chemistry and molecular biology in the UK and USA before returning to the University of Melbourne in the Department of Biochemistry and Molecular Biology. She was subsequently appointed the first female Head of Department.

It was in the early 1970s that Mary-Jane noticed that of the small number of senior women academics she’d encountered at the university, most were either unmarried or childless. Hoping that in the future female researchers would be able to pursue a career in science that was compatible with raising a family, she joined the Community Controlled Child Care action group, and that was, as Mary-Jane says, “the beginning of my activism.” Mary-Jane was an early member of the Women’s Electoral Lobby in Australia and, in 1976, helped establish the London Rape Crisis Centre, the first such centre in Great Britain.

Working as a research scientist alongside her husband, a major outcome of their work was developing a patent that was licensed by biotech companies to produce pharmaceuticals that have been used to treat heart attack and stroke for over 25 years. The income generated by this patent has allowed her to continue her passionate support and advocacy for young female researchers with the establishment, in 2019, of the MJ Gething Gender Equity Awards, which support early career researchers at the University of Melbourne’s School of Biomedical Sciences, allowing them to work, maintain research momentum and build their profile while caring for children or other family members.

"I hope that awards such as these will not only support current early career researchers with caring responsibilities to establish and progress their research careers, but also help to give young women contemplating careers in STEM the confidence that the research community is aware of gender inequity being a potential barrier to their success and committed to its removal."

Career opportunities for women have increased greatly over the years but Mary-Jane recognises that there is much more to be done. She hopes that today’s students are open to a broad range of possibilities and perspectives and that they will have the courage to take action when they see the opportunity to do good in the world.

“Whether it is through the gift of time and effort, or where possible through gifts of financial support, if you see an opportunity to make a contribution, then do it.”

The best way to get to know Toorak College is to join us at one of our Discover Toorak events.

Join us for a small group tour, prospective parents evening, or open day to hear what makes Toorak unique. 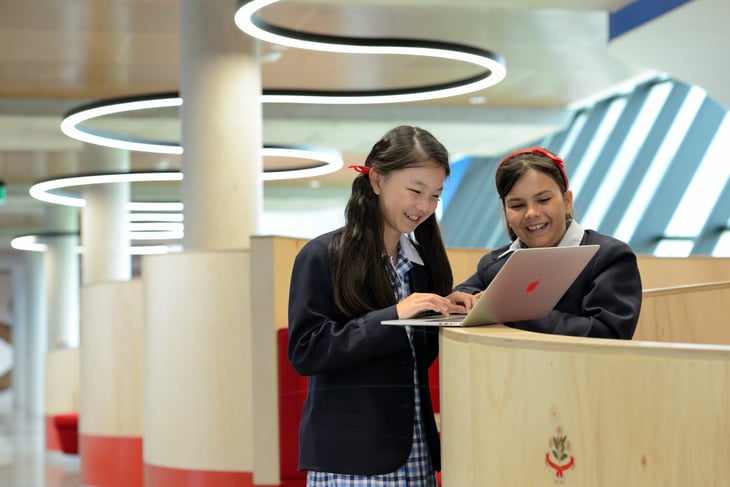 Previous Story
← Educating Generation Alpha
Next Story
Empowerment and Respectful Relationships is Not What We Teach. Instead It Is How We Live →

These Stories on Leadership

Sustainability: It’s not what we do it’s how we live